Daniel is the pastor of Ministerio Camino Nuevo, an open-air church with a tent roof and cement floor and seen in the photo below. He and his family live in Bordo Esquipulas where he is our community partner and hosts Siempre Unidos’ day-long health fairs providing HIV education and testing and primary care services.

“Bordo” is a term describing unincorporated city slums built along the river’s edge where residents live without sanitation services, schools and clinics. He doesn’t know how many people live in the bordo stretching for 10 kilometers because there has never been a census.

A lot of families do not have money for food, school supplies, uniforms and bus fares. Few children go to school. “A lot of youth are attracted to the gangs because they give them everything they don’t have…Many families eat only one meal per day,” Daniel says.

Daniel and the two other residents report that the health fairs are a great benefit because of the treatment and medications they receive for the influenza, diabetes, high blood pressure and other conditions. They look forward to seeing Siempre Unidos at the following month’s fair. 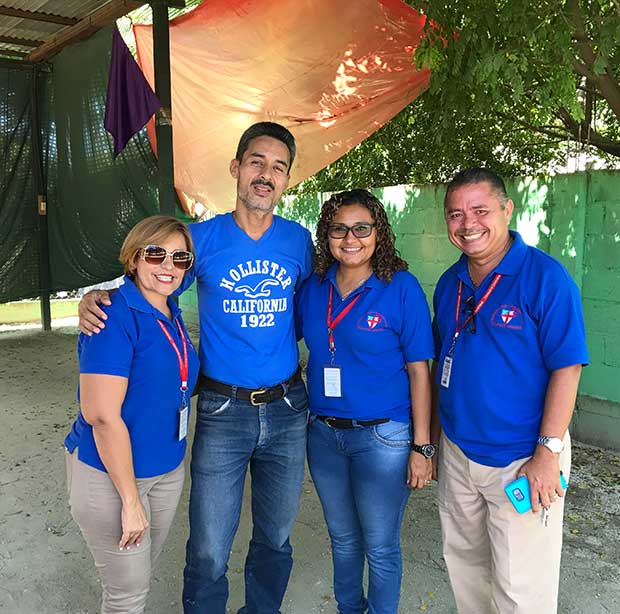