Our 2 clinics recorded the highest number of patients treated – 461 women and men.

The Secretary of Health awarded the clinics’ services a 100% on its audit.

We will reopen our Roatán clinic in partnership with the Honduran government in 2018.

Delmy shared her personal story of living with HIV. Twelve years ago, she came to our clinic weighing only 70 pounds and had lost most of her hair. She was a single mother with 4 children, the youngest only 11 months old. She developed toxoplasmosis leaving her paralyzed on the left side of her body.

That first year after her diagnosis entailed recovering her physical and emotional health. Working for advocacy organizations aided her recovery. She became one of the few people to publicly declare her HIV status. She joined the Siempre Unidos team two years ago. When she meets new patients, she shares her story of suffering, rebuilding and living. 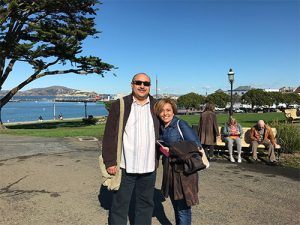